The Dutch Palace had this beautifully forged steel, or iron, item on display. The label identifies it as a pin for a hair knot. Later, I saw similar items identified as stylii, or writing instruments.
The thick end has an intricately worked finial. Grooves run down the shaft’s length, tapering as the shaft itself tapers.
Given Fort Cochin’s long colonial history, I don’t know whether this was European-made or Indian-made.
I marvelled at the work involved in making such an object from ferrous metal. Whatever the process, be it hot forming or cold work, it was exquisite. 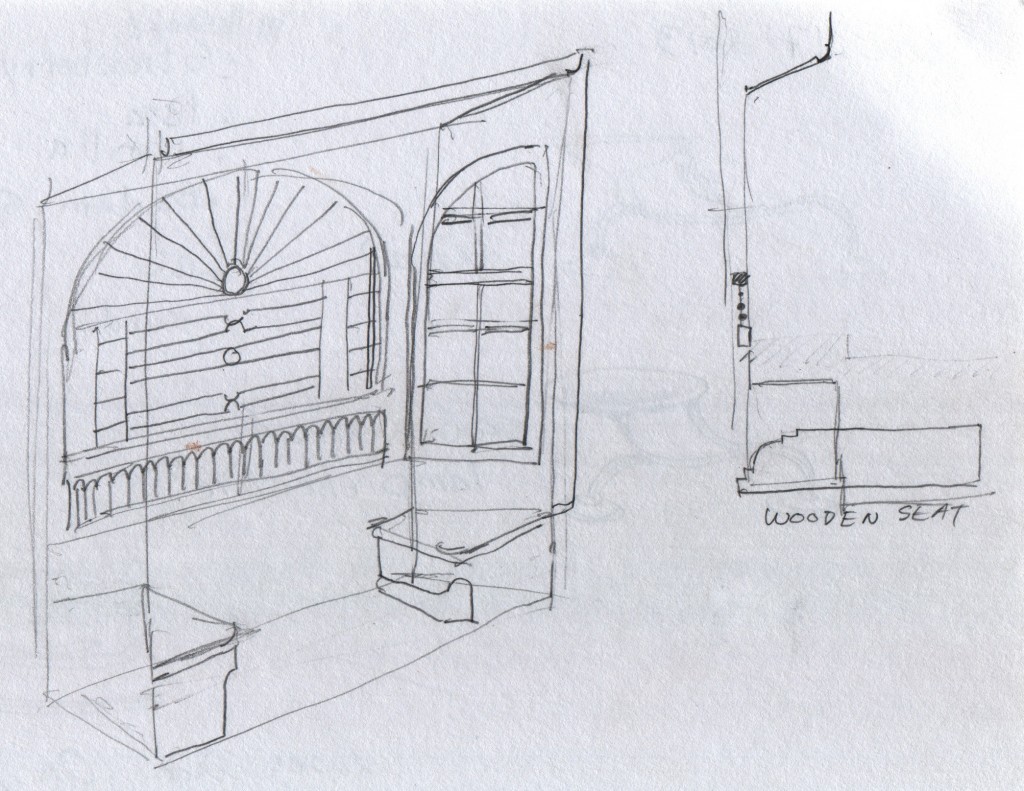 In Fort Cochin’s Dutch Palace, this alcove caught my eye.
Two built-in seats flank a recess in the wall, having a ceiling lower than the main room. The recess itself has angled sides, making the alcove open out welcomingly to the room. A screen guards the window opening, and the casement windows are filled with small panes.
Walking through any thoughtfully designed old building is like viewing exhibits illustrating the main points in Christopher Alexander’s “A Pattern Language“, a guide book for building agreeable living spaces, on scales ranging from one room up to a town. 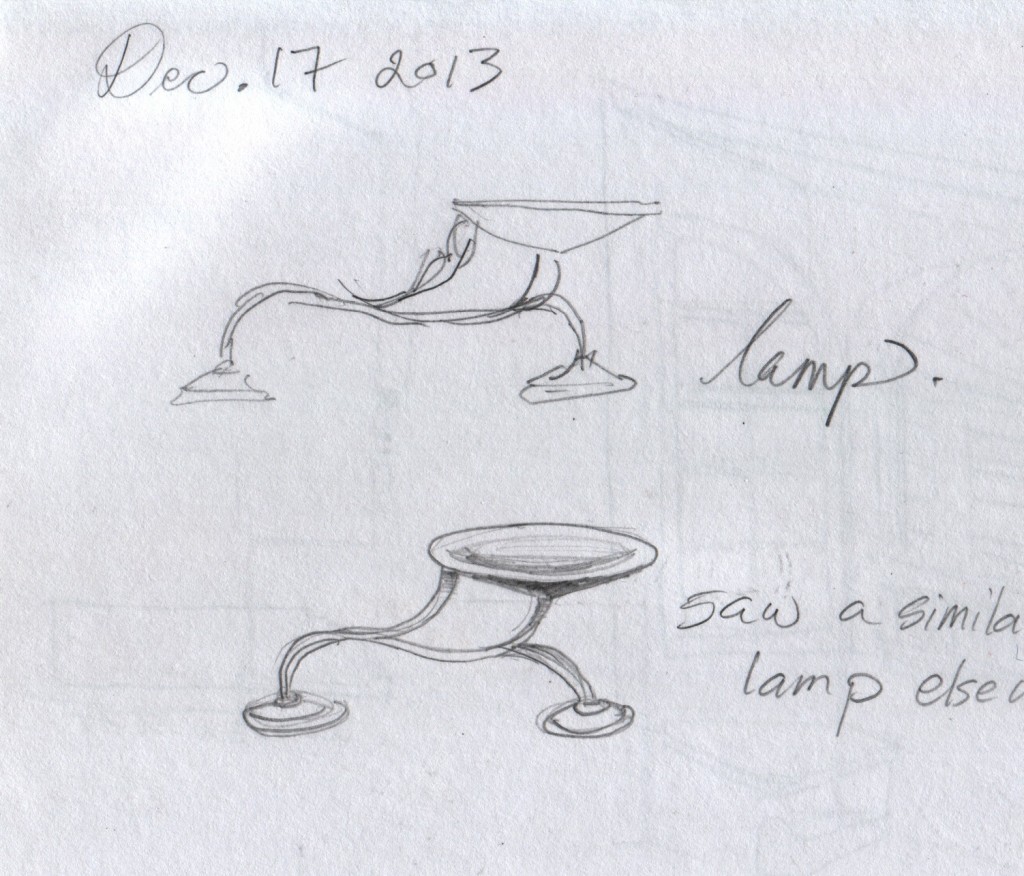 The legs on this metal oil lamp also serve as a handle to carry it. This lamp was on display at Fort Cochin’s Dutch Palace.