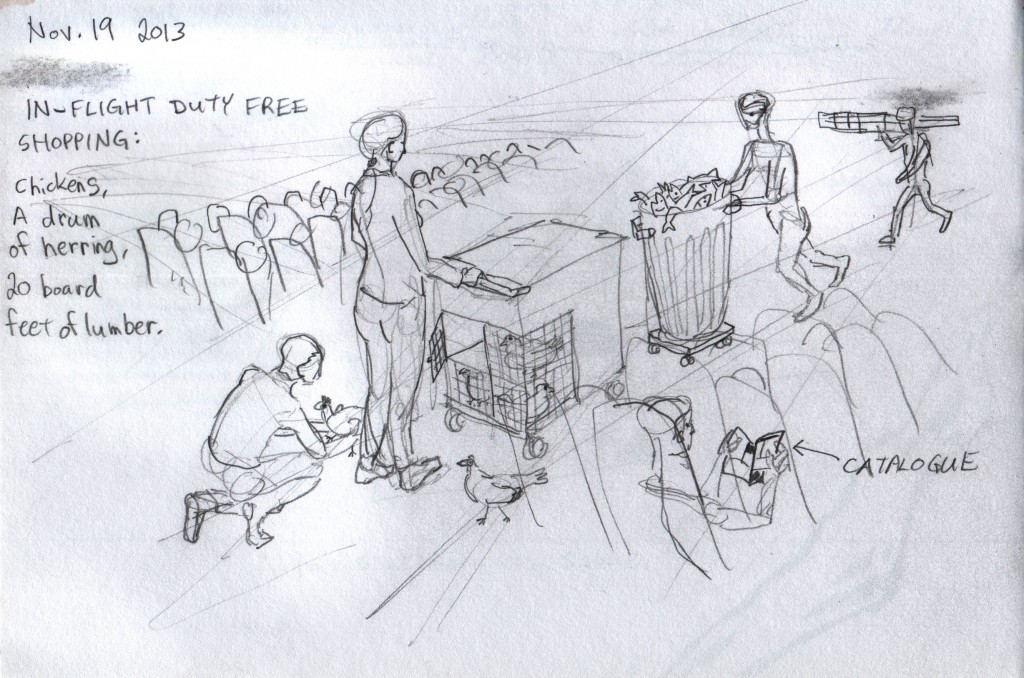 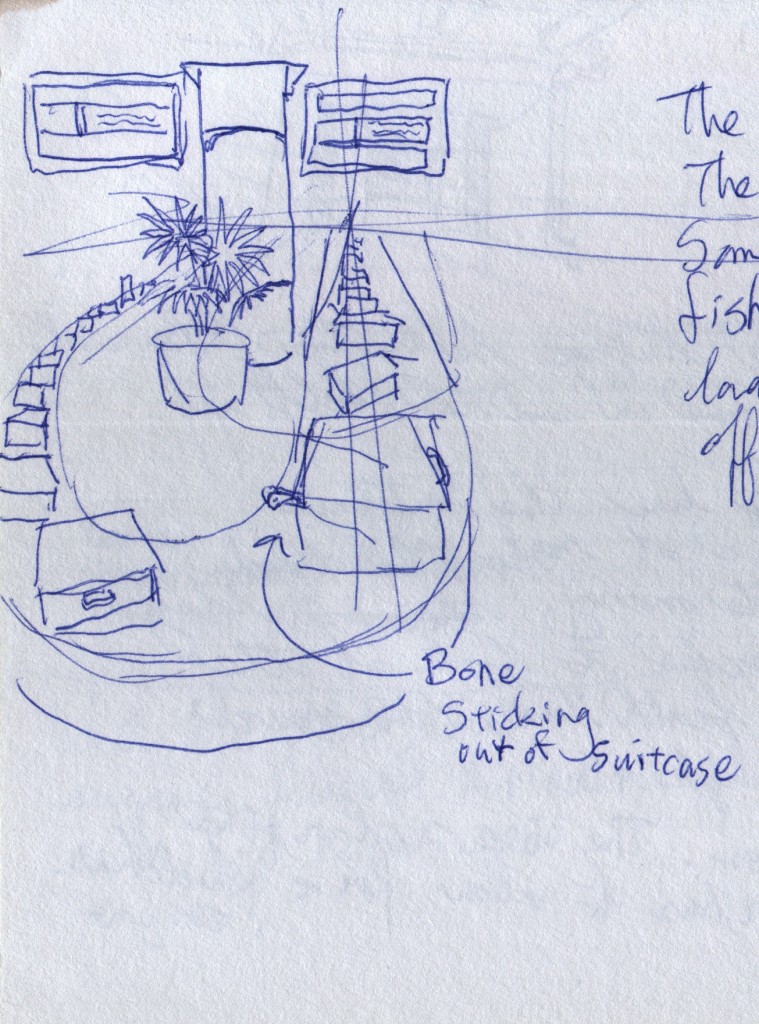 I imagined that someone went hunting and the butchered game did not completely fit into the suitcase. 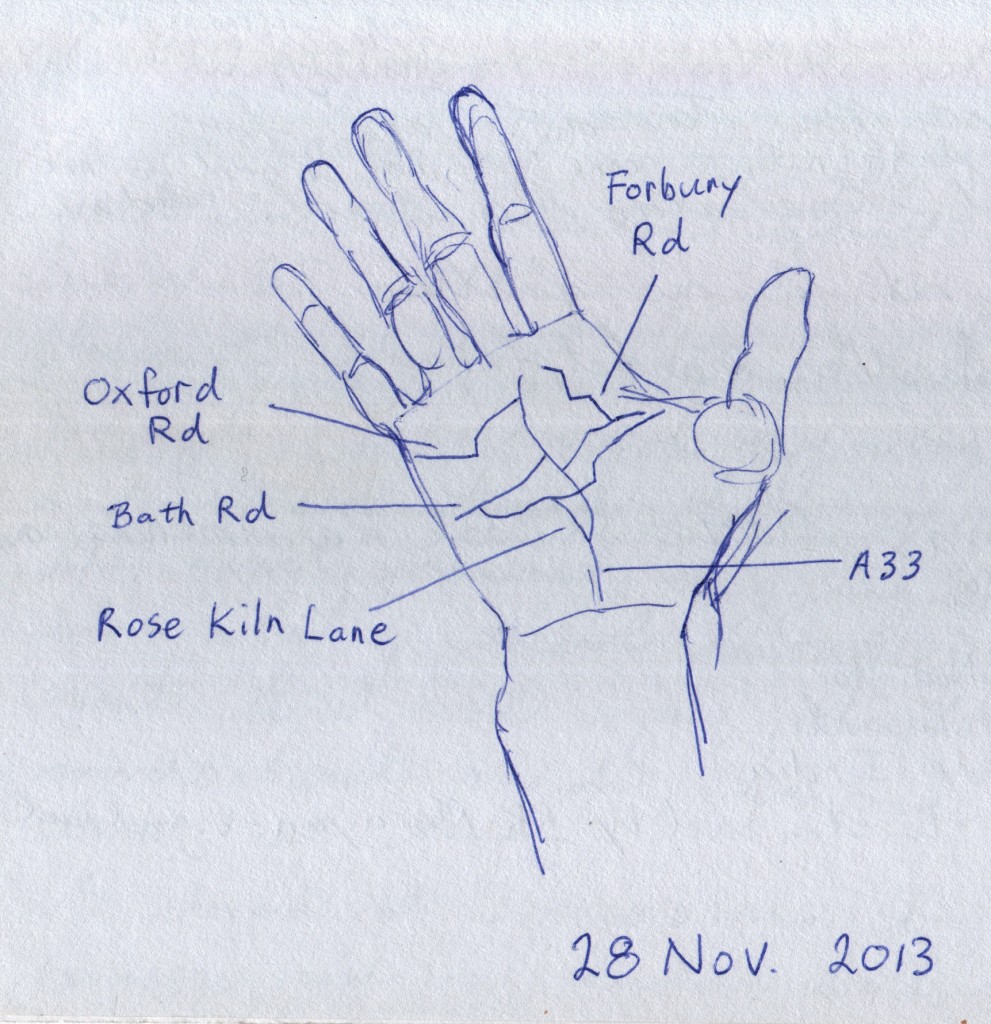 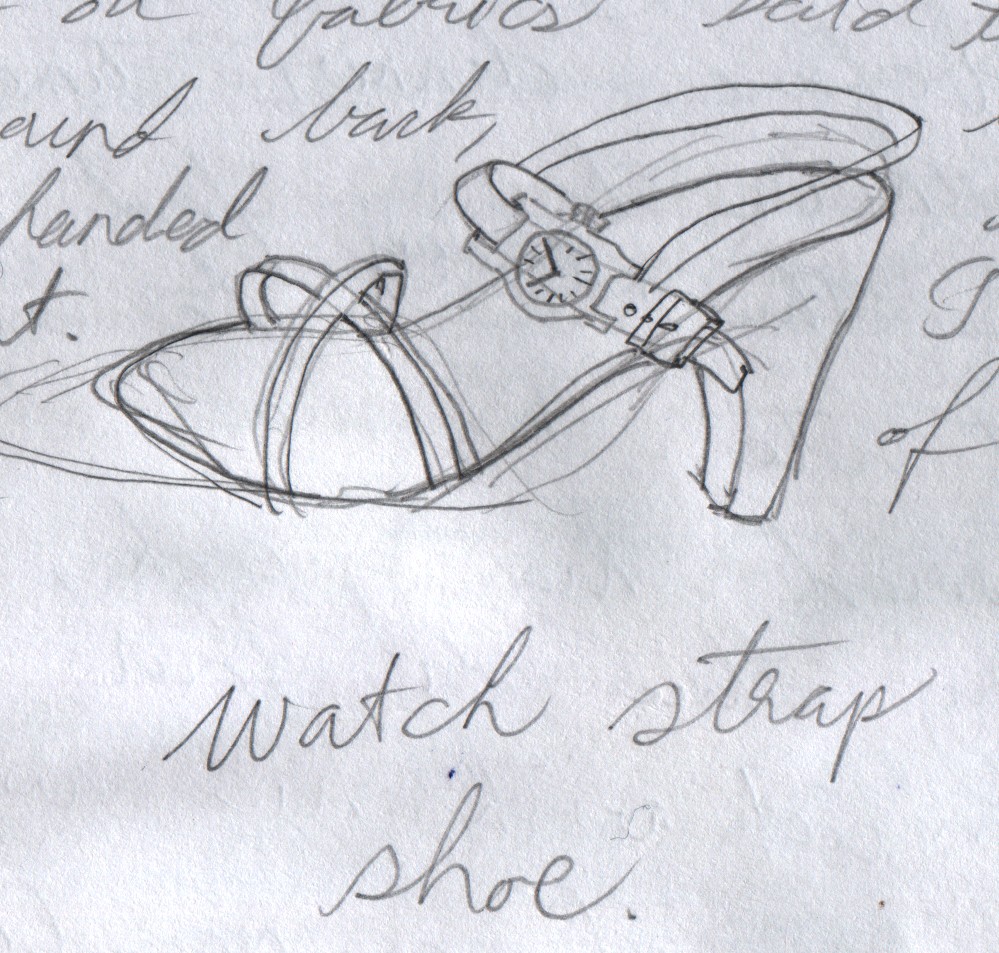 My mind decided that a shoe strap could serve as a watch strap, too. 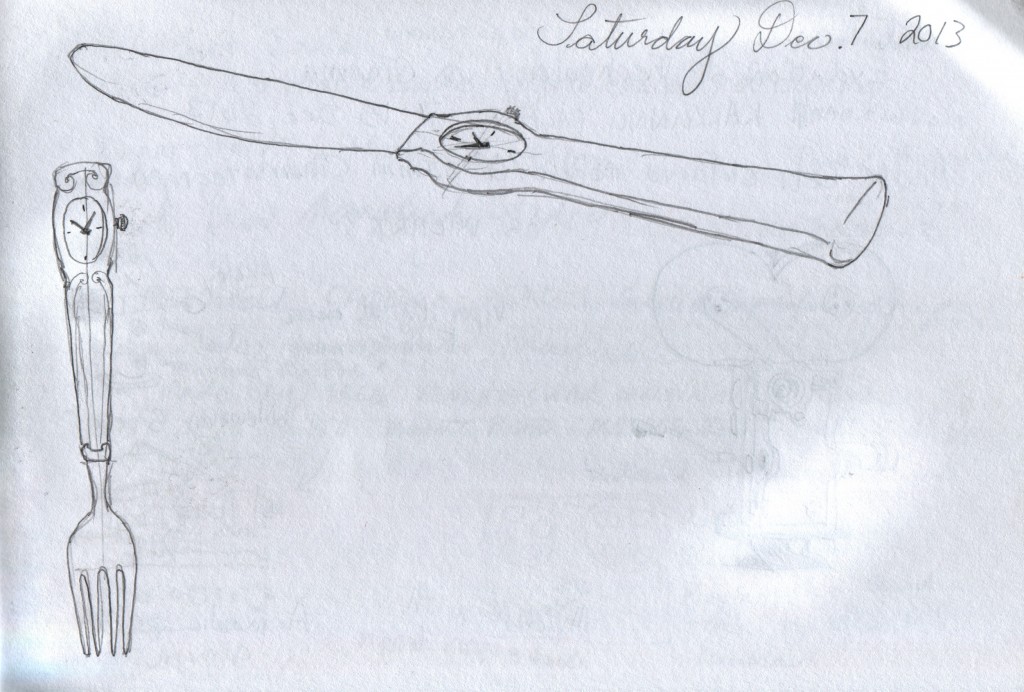 I imagined this, and it made sense in its own way. 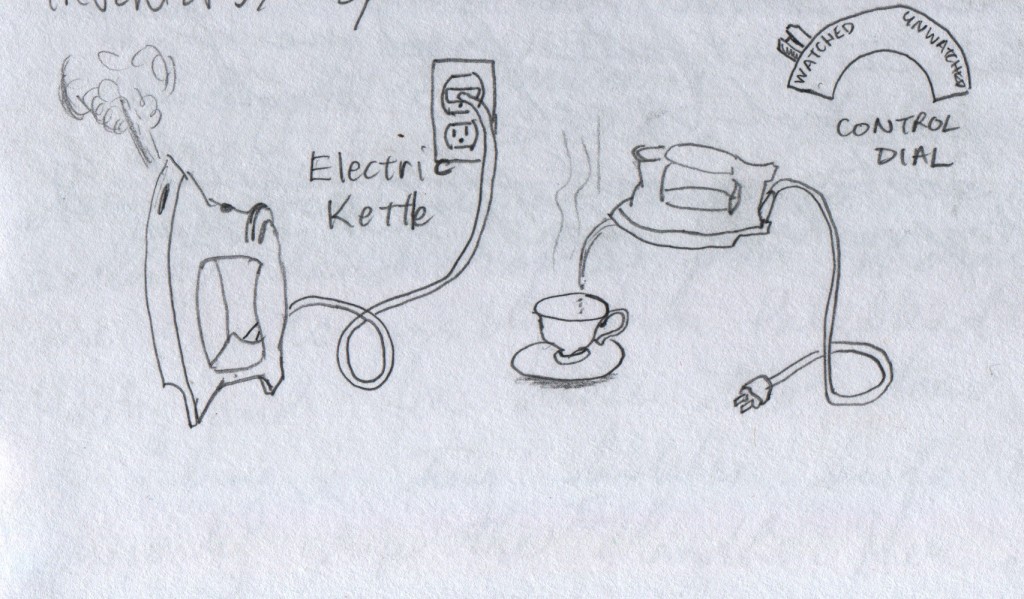 A kettle shaped like a clothes iron, another one of my fantasies. 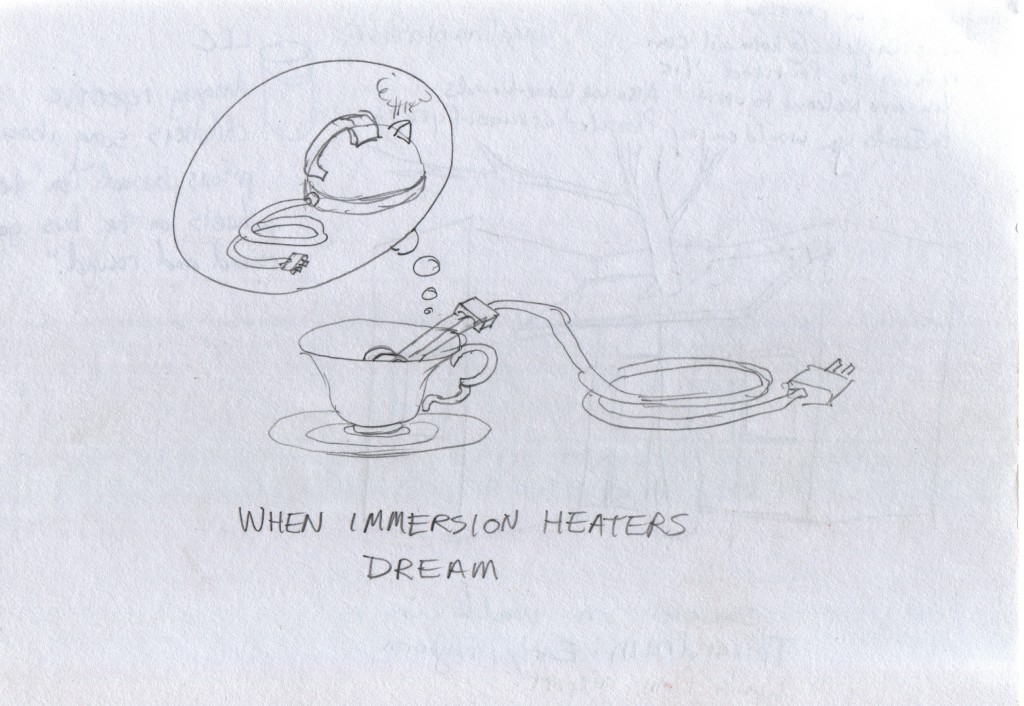 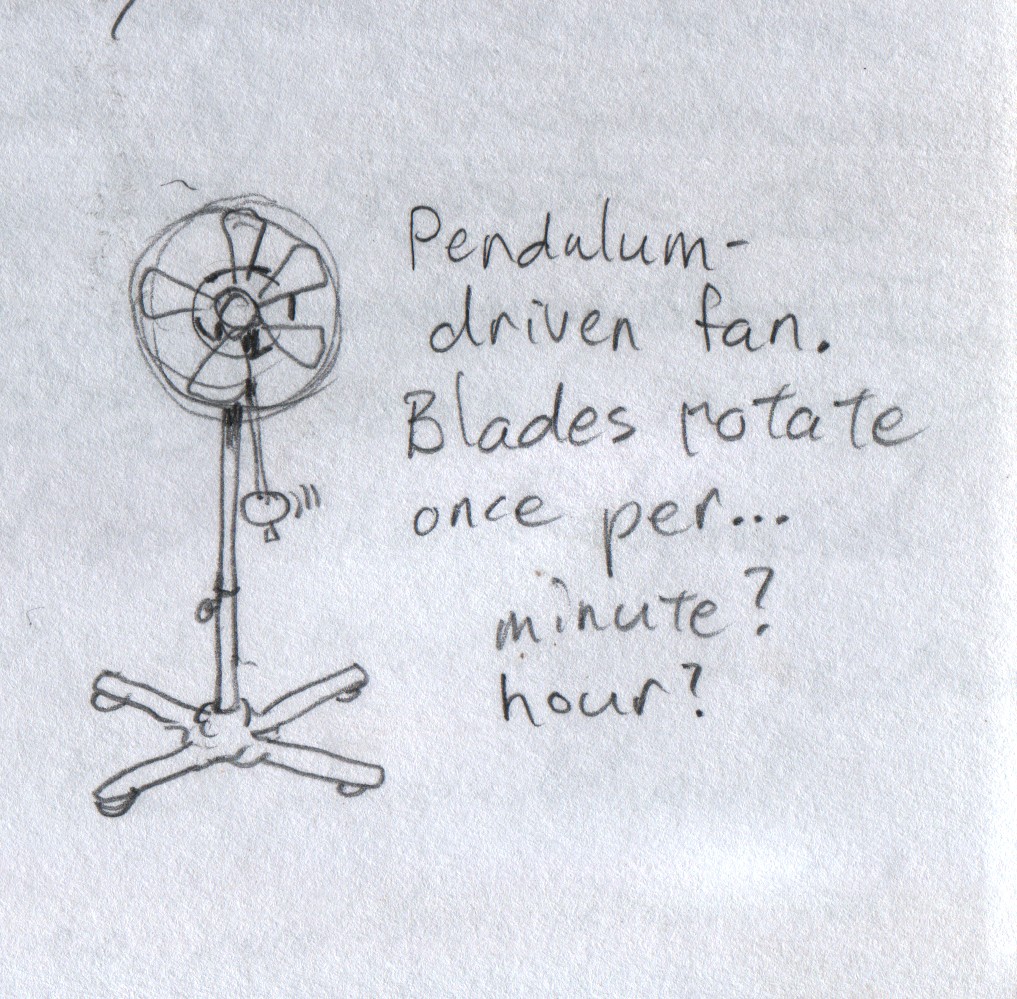 Idea for a clockwork-driven fan, whose blades rotate once per minute or hour.

Clothes iron with laser. All manner of tools, such as saws and drills, come with lasers. So I thought that a laser would enhance a clothes iron, too. And if a laser, why not a pico projector? 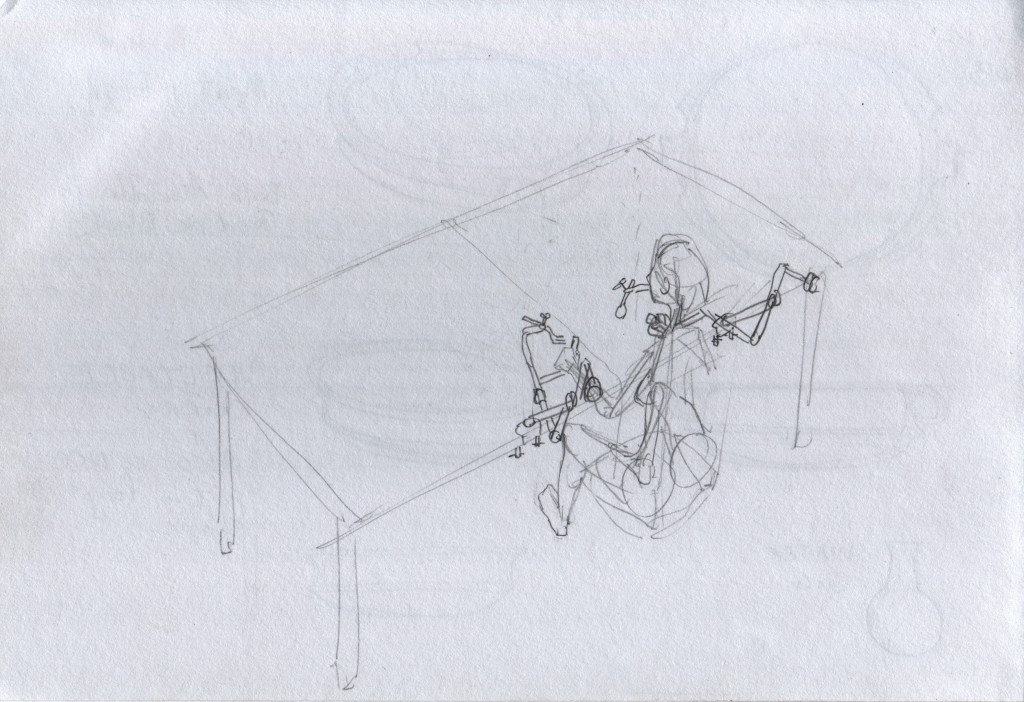 I imagined an eating apparatus, a blend of exercise machine and pantograph, to complicate further the eating of our meals.
In my time in India, I ate most of my meals with my fingers, as did most other people.
I reflected on elaborate banquet rules that specify which piece of cutlery to select out of the arsenal that surrounds the plate. If that kind of complexity is good, good for creating behavioural status symbols, then I know how to improve on it. 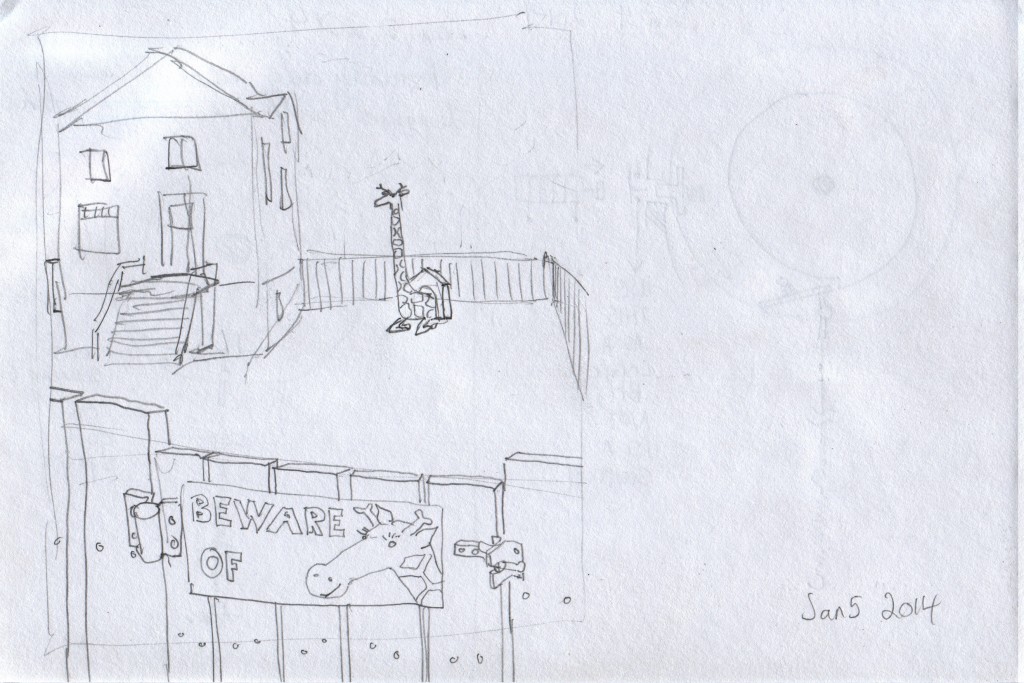 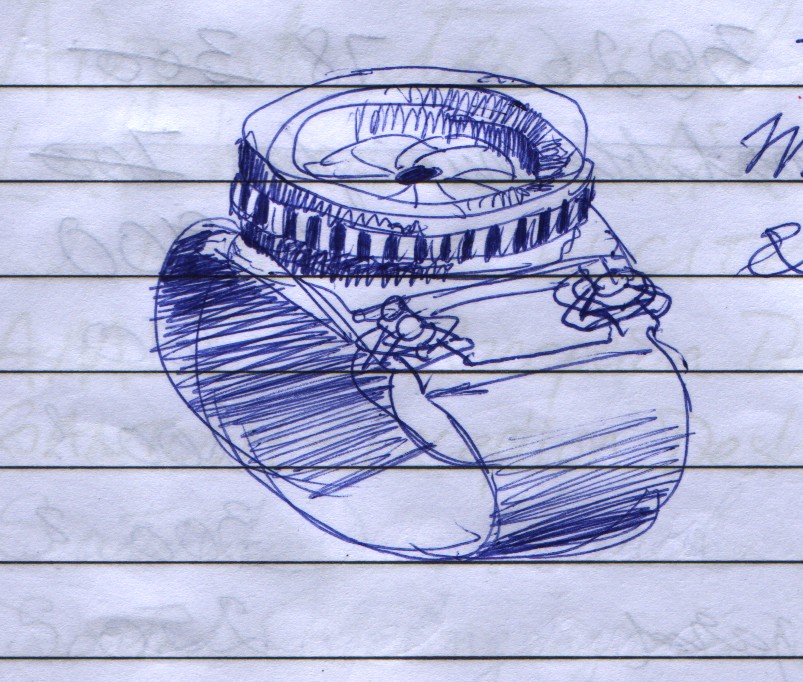 I imagined that a wristwatch could combine with the aesthetics of a camera lens, including an iris diaphragm that one could adjust by turning the bezel ring.
The lugs that connect to the strap could have the little triangular split rings that attach a camera strap to a camera. 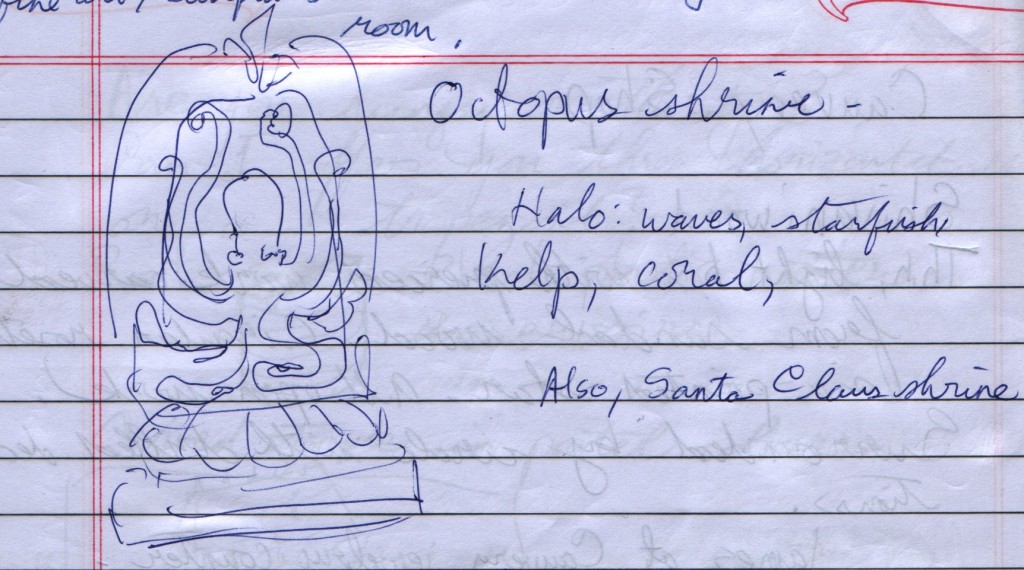 I mused on the possibility of a Canadian West Coast artistic religious genre that depicts an octopus in its pantheon.
The sculptures that beautifully depict Ganesha, who has an elephant form, and Hanuman, who takes a monkey form, led me to think that an octopus would make an attractive sculpture in the same style. 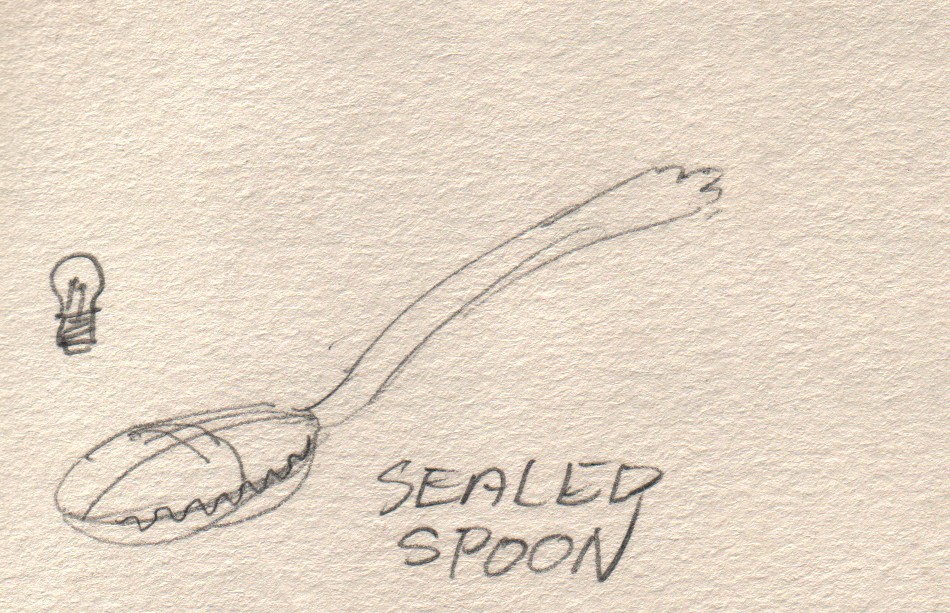 I thought that a spoon with a hinged lid that can snap closed was a nice idea.
I imagined a wavy margin such as you find on a giant clam.

An electric version of this two-wheeled vehicle seemed desirable.
Boca del Lupo created this device for use in Fall Away Home. It occurred to me that if powered by an electric motor and battery pack, it would make a most agreeable vehicle to travel on Vancouver’s bicycle-dedicated roads.
My imagination probably got stimulated by the ceremonial vehicle, called Thookavillu or തുക്കവില്ല്, that I saw in Napier Museum in Thiruvananthapuram. 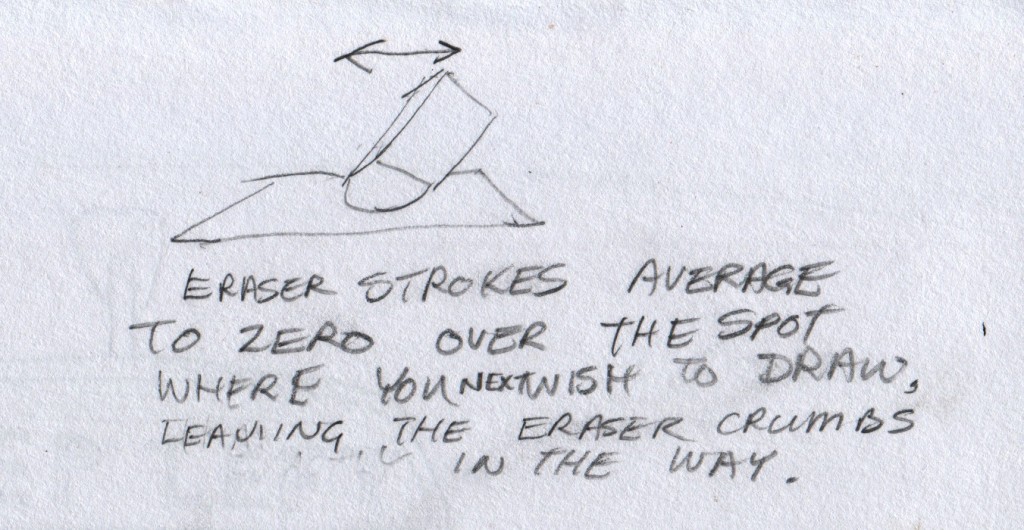 Troubled about the fact that eraser crumbs always seemed to be right where I wanted to draw, I resolved to find out why.
The answer was simple: “Eraser strokes average to zero over the spot where you next wish to draw, leaving the eraser crumbs in the way.” 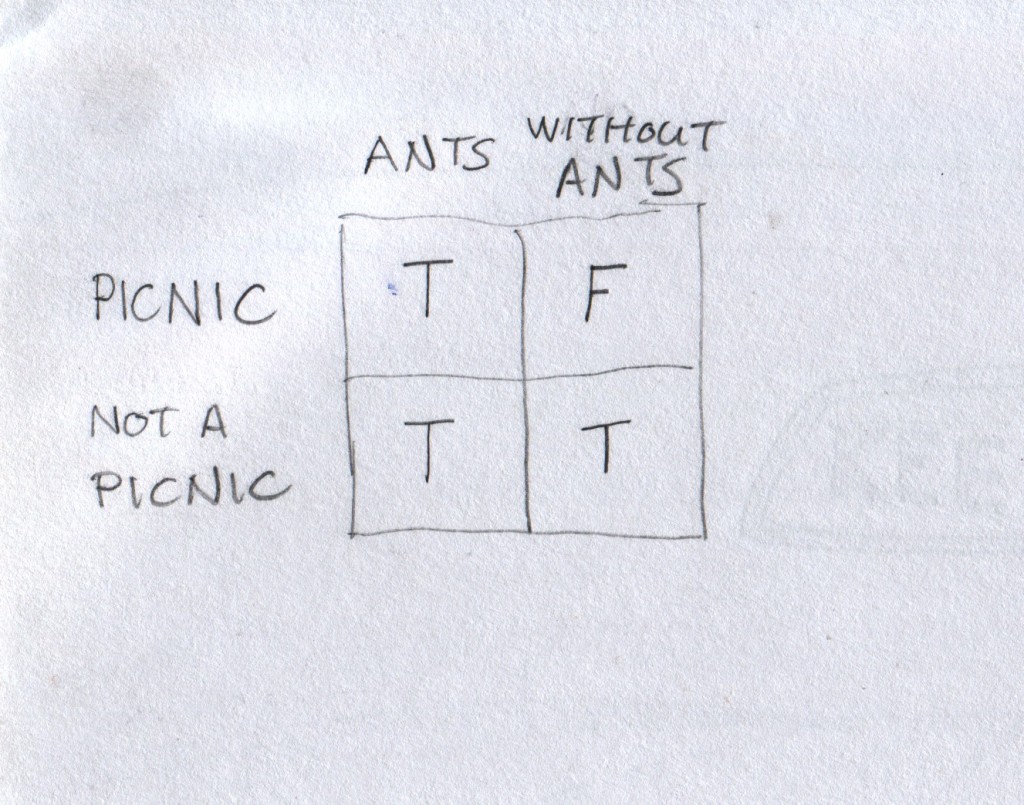 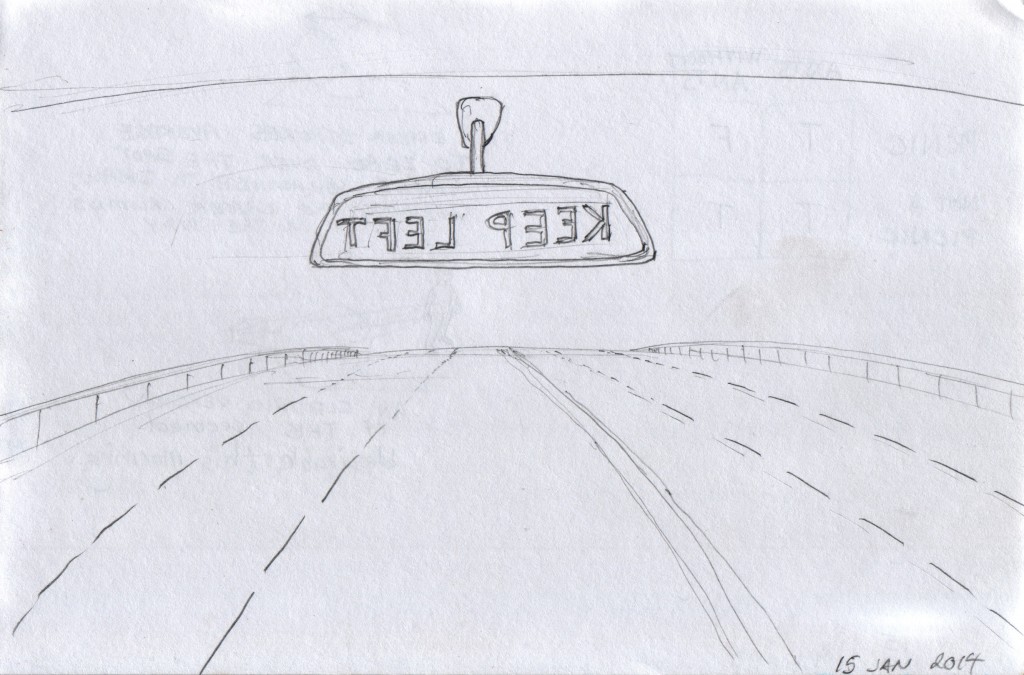 I dreamt this picture. 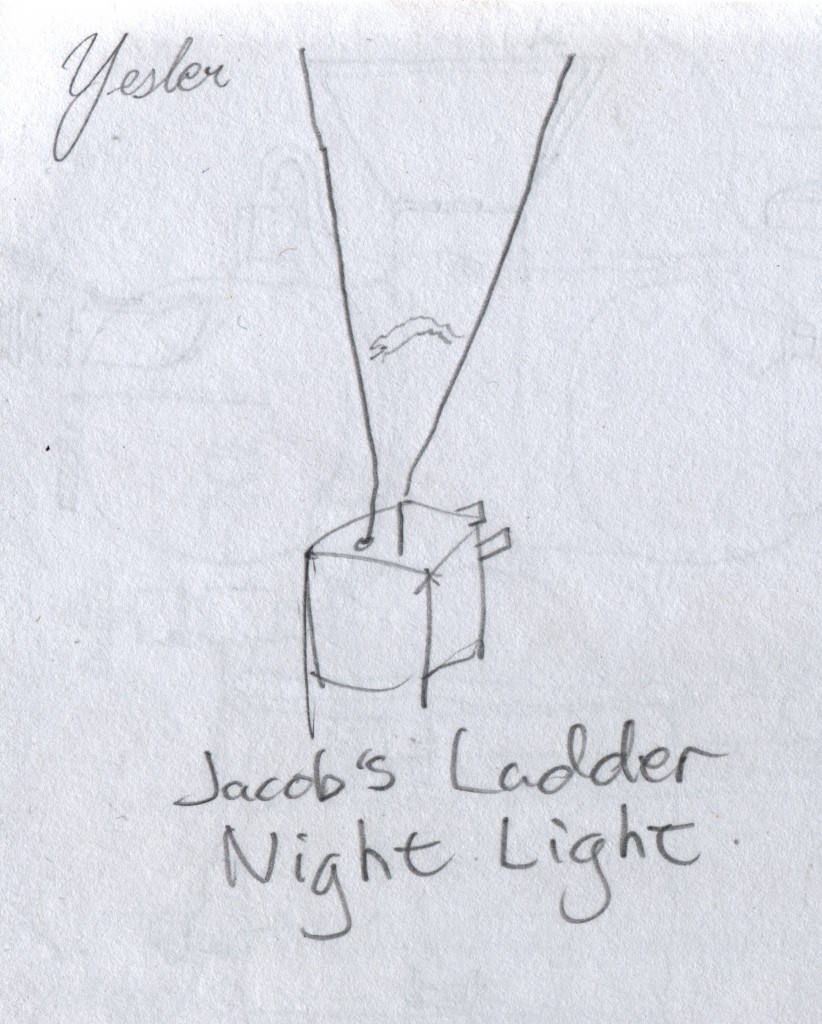 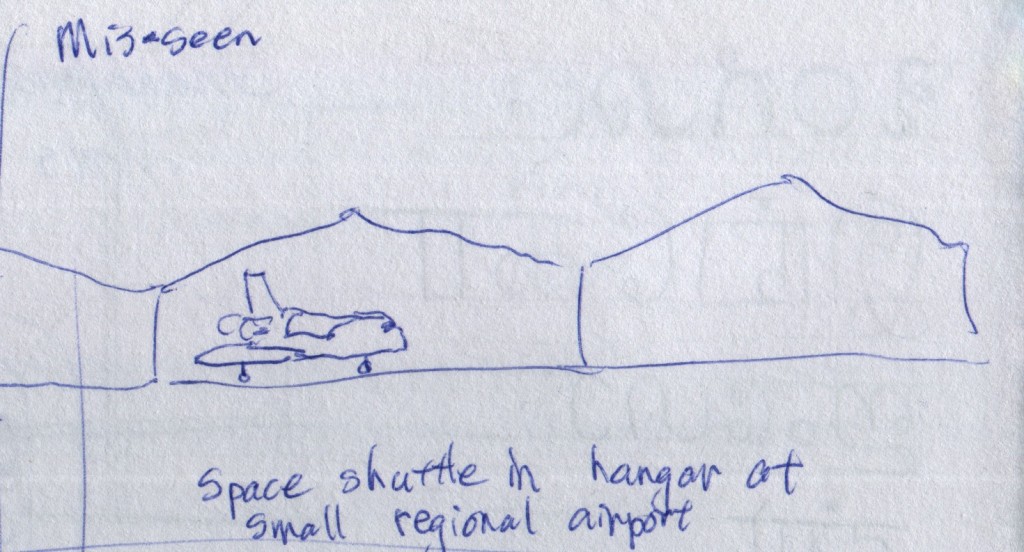